Where’s my commit after I did git commit --amend?

git commit --amend comes handy if one wants changes in a previous commit or simply want to change a commit message but this results into push errors and an extra over-head of a merge-commit. In this post, lets go through the process.

Say I have three commit in my master branch but I’m not satisfied with the last commit message. 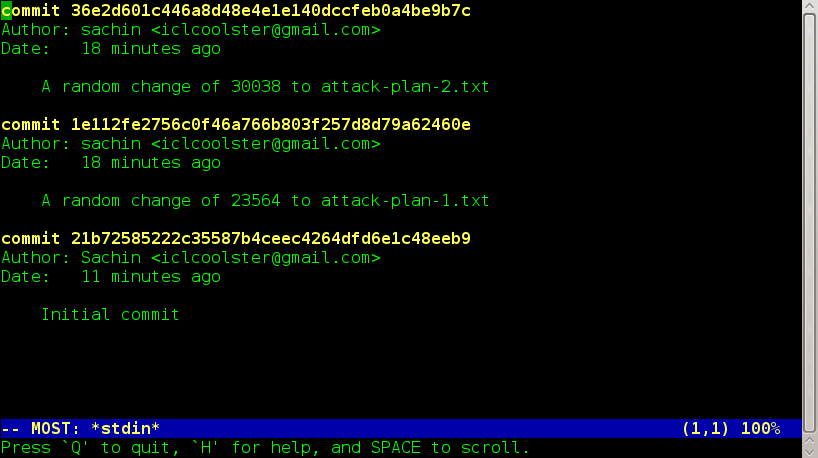 I changed the commit message using the command. 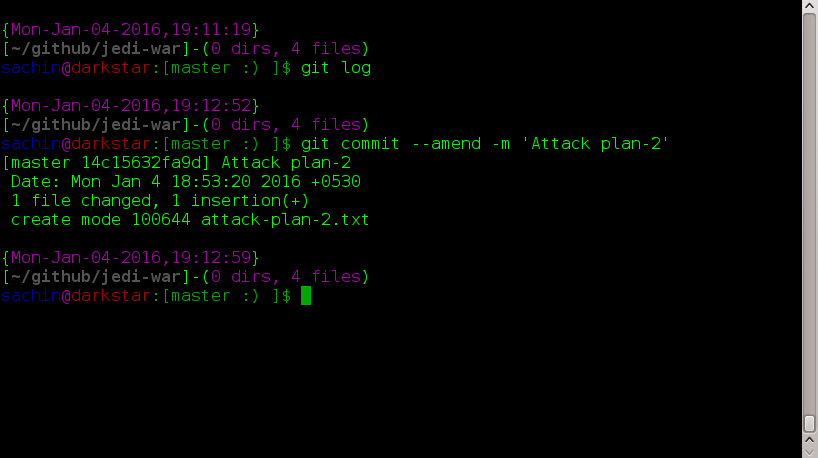 and tried to push the changes. Soon I’ll encountered an error(see image below). Something is not right. The remote server is not accepting my changes. It says my local commits are not in-sync with the remote commits. But what did I do? I just changed a commit message. 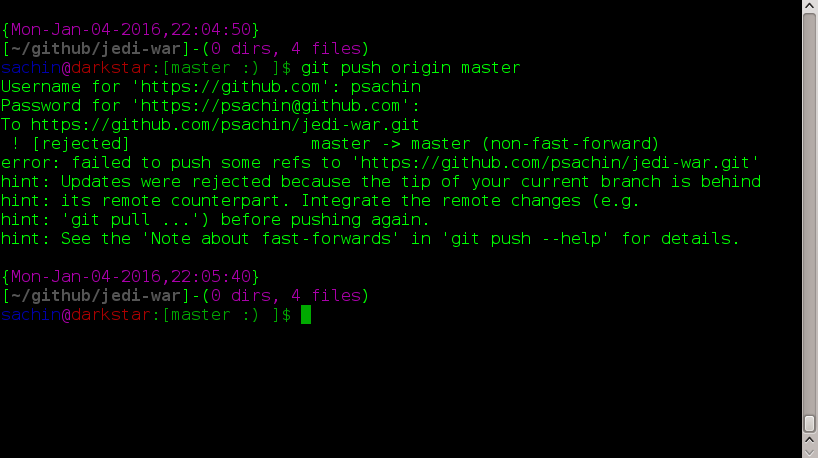 If I check the commit logs(see image below), I see my updated message. This was expected. But what exactly went wrong? 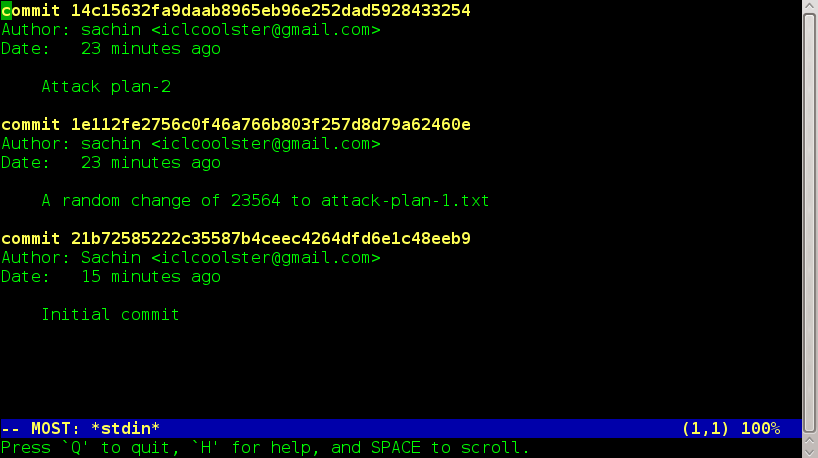 If I closely examine the commit hash of HEAD before and after the amendment, I can see it has changed.

Which clearly means that amend changed the hash and now my local and remote differs. My remote still has that old hash(with old commit message) but HEAD’s commit hash has changed.

This also means that I lost my old hash and that is now over-written by a brand-new commit.

Below commands can be really handy:

With the last command, I can see local commits plus the lost commit(which still exits on the remote). Below figure can explain the scenario in a better way. 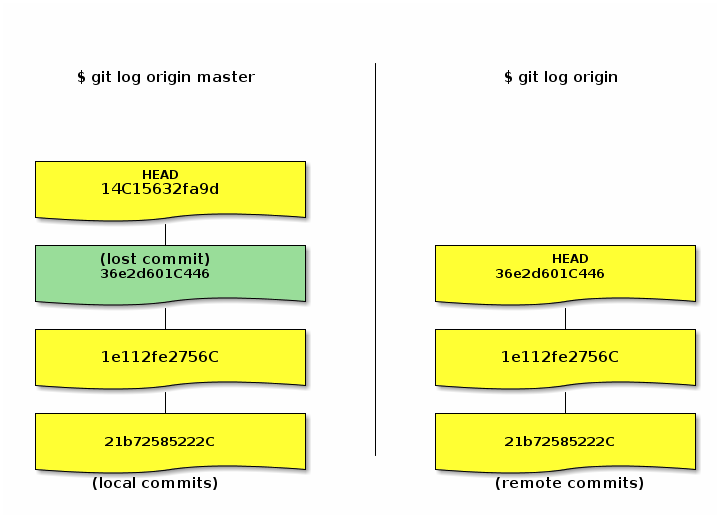 In order to push, I first need to pull that lost commit from remote. A simple

should do the trick(image below). 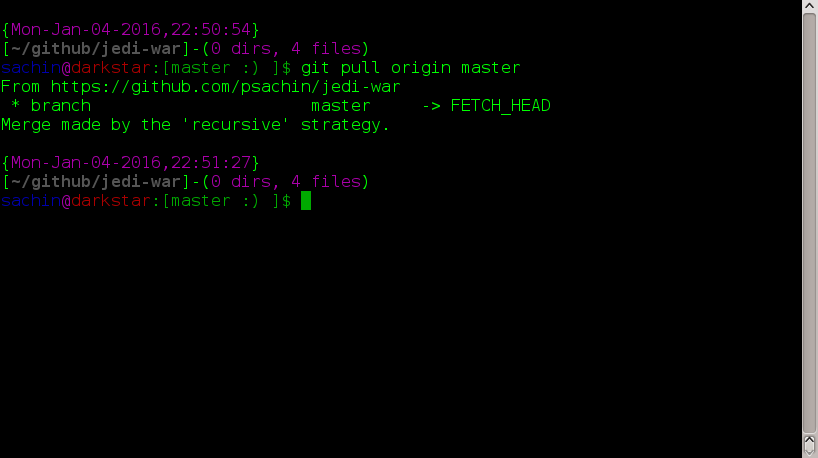 If I check the commit logs, I see my lost commit is in place just below the changed message commit. 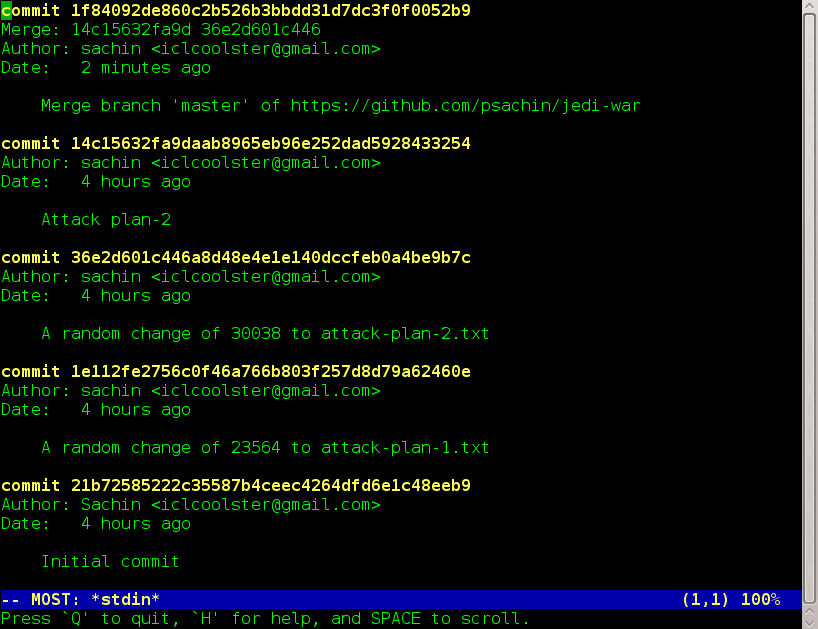 But there’s one extra commit, a merge-commit as HEAD(see figure below) 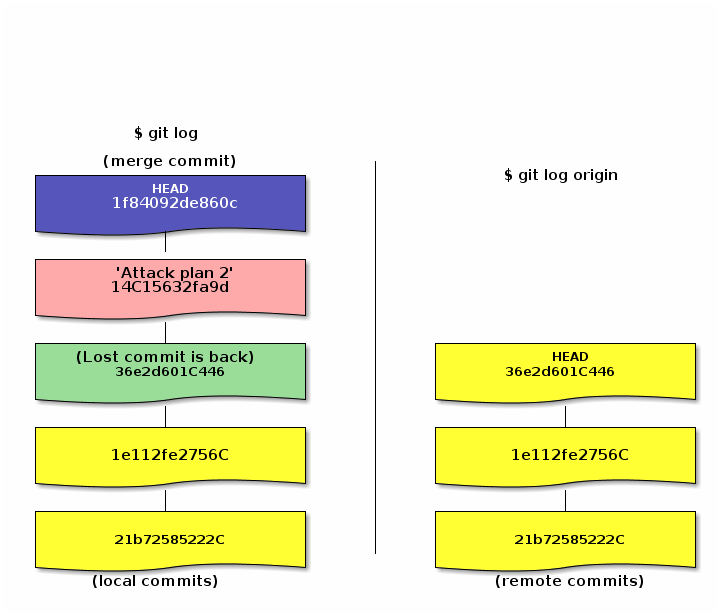 An extra merge-commit(in blue) on top of amended commit

Now I can safely push to the remote as the lost commit exist in my local commit log. 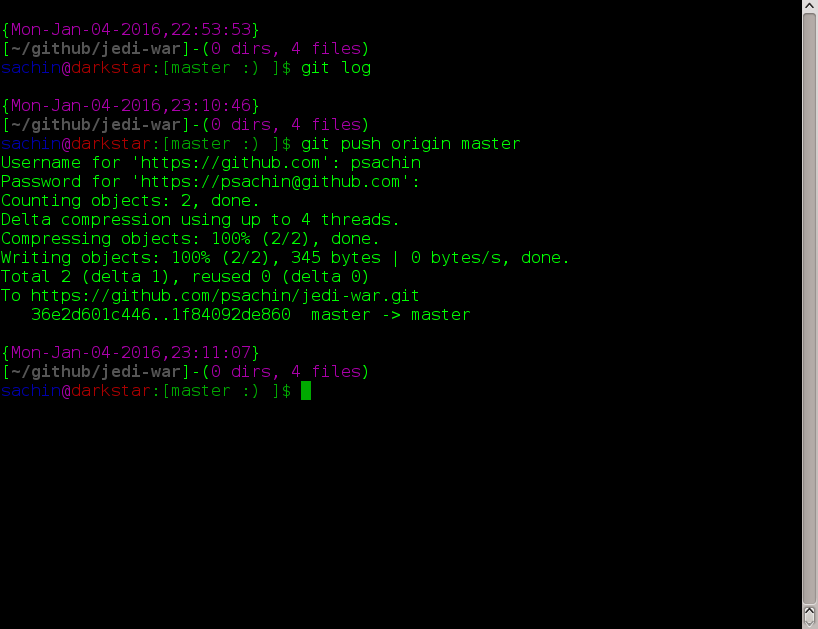 Which should sync local & remote repos(figure below) 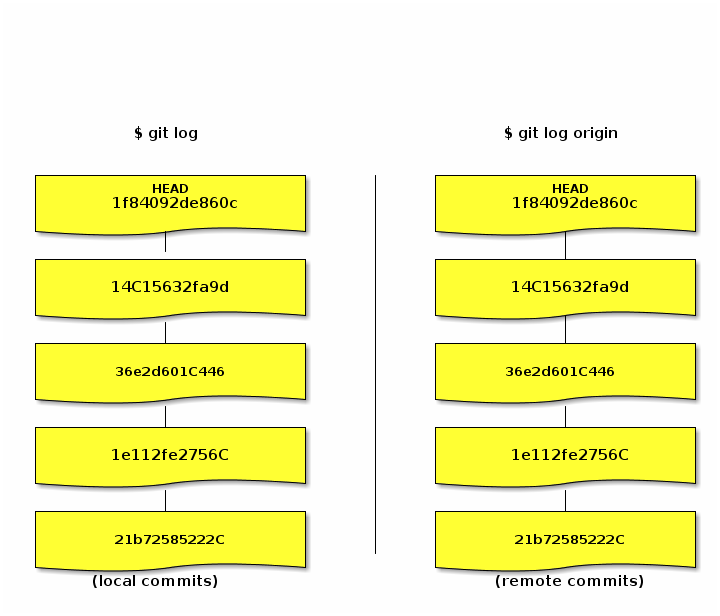 PS: If you want to avoid a merge-commit, Git provides an excellent way to achieve it via git-rebase. What it typically does is it rolls-up all the latest commits on the top of all the previous commits. Behind the curtains git-rebase completely re-writes the history. As the matter of fact one should never rebase commits that have been pushed to a public.